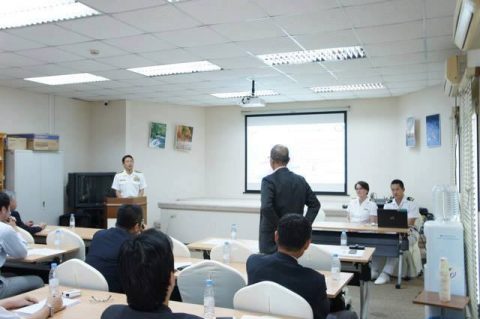 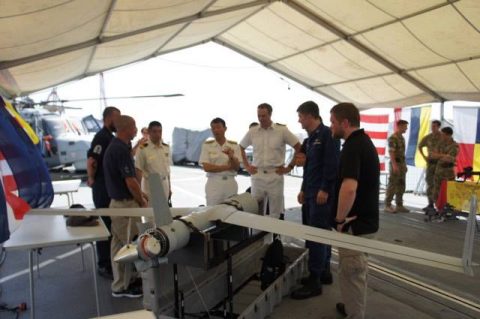 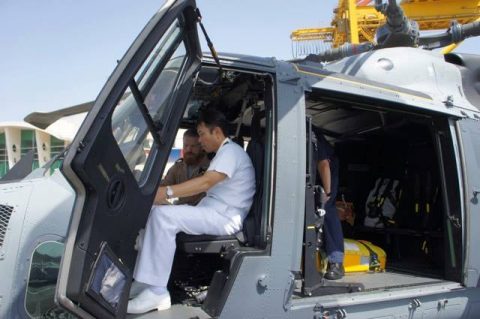 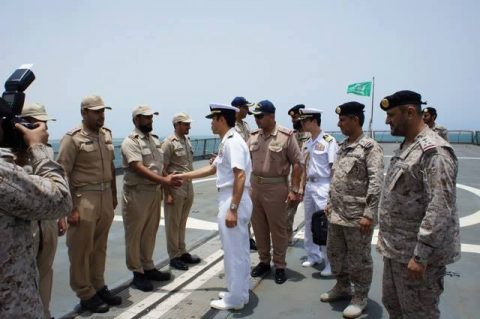 Maritime Security discussions with regional military leaders
As his visit to counties in the Arabian Peninsula came to a close, the commander of a counter piracy task force identified real maritime security benefits from the tour.
Rear Admiral Tatsuya Fukuda JMSDF, Commander Combined Task Force 151 (CTF151) and Counter Piracy Coordinator for the region, visited Muscat in the Sultanate of Oman, and Riyadh and Jeddah in the Kingdom of Saudi Arabia, before returning to Bahrain, where CTF151 HQ is based.
At a time when the maritime community has seen an increase in piracy-related activity in the region, the Rear Admiral was also able to incorporate meetings to interact with merchant maritime industry leaders and representatives [See previous MEIVOM update by CMF dated 04 Jun 17].
While in Muscat, visits with the Commander of the Royal Navy of Oman, Rear Admiral Abdullah bin Khamis al Raisi, the Assistant Inspector General of Police, Major General Hamad al Hatmi, and Commanders of the Coast Guard and the Air Force indicated a shared willingness to work towards improvement of security at sea, whether from pirates or smugglers.
The UK frigate HMS Monmouth was undertaking a port visit to Muscat, which coincided with the Rear Admiral’s time in Oman, and the CO of the ship, Cdr Ian Feasey RN, prepared a capability demonstration and lecture on the occasion. As HMS Monmouth participated in CTF151’s exercises earlier in the year, this was an opportunity for the Rear Admiral to recognize the efforts of her ship’s company.
The Rear Admiral’s visit to Riyadh in the Kingdom of Saudi Arabia enabled an insightful meeting with the Secretary General of the Gulf Cooperation Council, Lieutenant General Abdullatif bin Rashid al Zayani. He also had meetings with the Chief of General Staff, General Abdul Rahman al Banyan, and Commander of the Saudi Navy, Vice Admiral Abdullah S al Sultan, discussing maritime security issues.
Flying to Jeddah, the Rear Admiral met the Western Fleet Commander, Rear Admiral Saeed al Zahrani, and toured the facility including a ship visit to HMS Dammam, a Saudi destroyer. The Commanding Officer, Cdr Ahmed Assiri, welcomed the visitors and introduced his officers to the Rear Admiral.
As the tour moved through the region, this was an ideal occasion to share information about CTF151 and Combined Maritime Forces (CMF) with Japanese business leaders and diplomatic staff working in the Middle East. The talks presented by Rear Admiral Fukuda were well received by the audiences and elicited many questions.
Upon completion of his busy engagement schedule, Rear Admiral Fukuda said: “These visits were very important in enabling broad discussions with key leaders across the region.” He added: “Maritime security is important to all the nations we visited. CMF will continue to work hard in partnership with these and other countries to reduce smuggling, piracy and other risks to the freedom of navigation.”